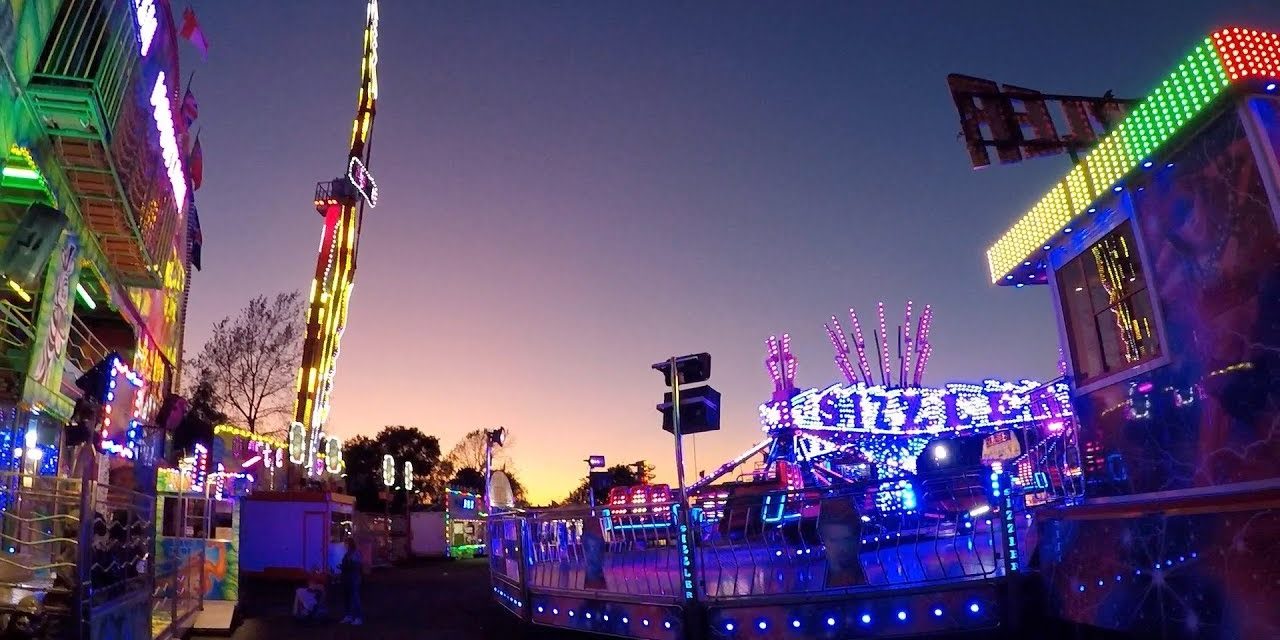 Still in the darkness of a winter evening, 31 participants joined together at 7pm to take part in the Wallingford Coucil Teams Meeting. On the agenda for today is the election of a new mayor, allowing the May Fair to go ahead, and extending the lease on the Railway, among other agenda items.

by Wallingford and District Talking Newspaper 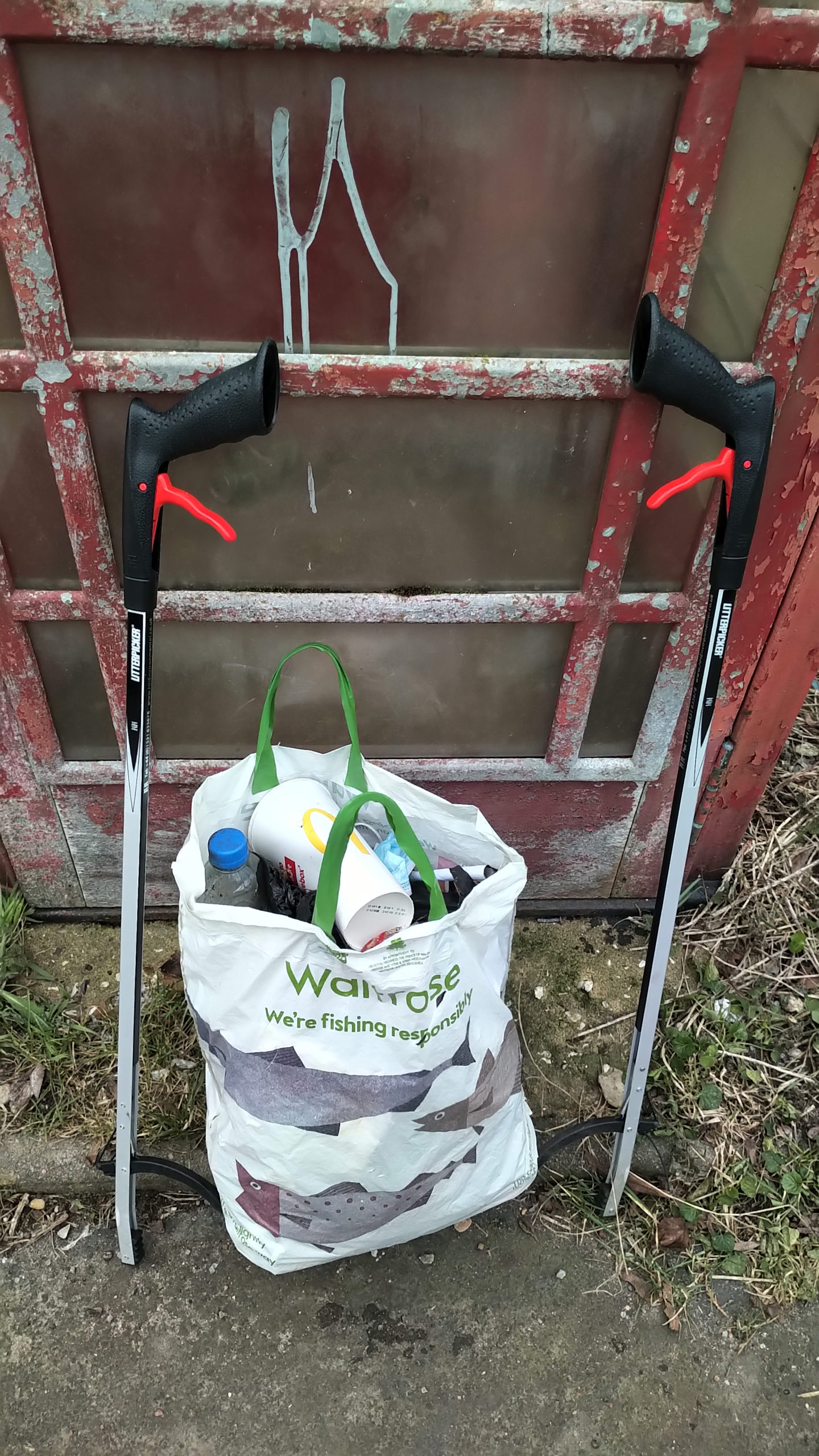 After the normal opening items, we move swiftly on to public participation – first up was Steve Holder speaking in respect to the ongoing litterpicking programme, running in conjunction with Grab a Bag Wallingford. They are now working in conjunction with SODC to improve collection, as well as now providing some signs for picking on the bypass. In advance of an expected surge of domestic tourism they are also working on additional posters, extra bins and more collections.

The Wallingford for All campaign is moving forwards, and has briefed the MP who is showing support, including a visit, as well as future education trips being planned in conjunction with the school.

Following Steve, Jennifer Dixon spoke with regards to her belief that the town centre should be made safer for residents. While praising the town for it’s character and spirit, she suggested that making the town centre pedestrian friendly – along the lines of a european piazza – would improve the use of and safety, especially for more elderly residents, of the town centre. Cllr Rob McGregor highlighted CClr Sudbury is running an ongoing survey in to the issue, and his contact details were offered.

Cath Somerville also spoke with regards to the a statement on the Better website that the swimming pool would be closed all season, and she requested a comment. It appeared that the council was unaware of this potential development, although it may not be definitive. Steve Holder is due to speak at district council with this later in the week, with the understanding that as yet no final decision has been made. It was generally held that it would be best if the pool could be opened if at all possible.

Claire Elkin commented that she has spoken to the regional director from Better, who stated that the decision sits with the district council.

With that the public participation was closed, and the council moved on to accepting minutes from committees, before swiftly jumping in to Chairmans’ communications, which were very brief.

The minutes of prior meetings were accepted without query. Moving rapidly through the agenda we arrive at the tourism committee, which has suggested shifting the mooring seasons to match that of the environment agency (on- and off- season), while also making minor adjustments to mooring charges. Cllr Lester quieried costs for signage, although no research had been done prior, awaiting the decision from council. There was also a question regarding the measurement of boat sizes, as this can relate to charges incurred. It was moved that stud markers be placed at 5m intervals to assist assessing boat size.

Following was a personnel committee proposal regarding upgrading the existing employee policies to a modern standard. Cllr Cattermole spoke against the move, including the language in the policy (including in his statement that Cllrs also provide physical work, esp. the river working group). Cllr McGregor rebutted that the policy change moves to protect both workers and staff. The matter moved to vote and was passed via majority.

Parks and Gardens had recommended increasing the allotment charges for full plots – raising the charge to £40, against an existing half-plot charge of £20. It was stated the average national charges are at least a pound a week, with Cllr Beatty speaking against any increase. Cllr Hughes stated the the allotments lose money, and due to the ongoing financial situation it would be unfair for the town at large to subsidise allotment users. The motion was passed. 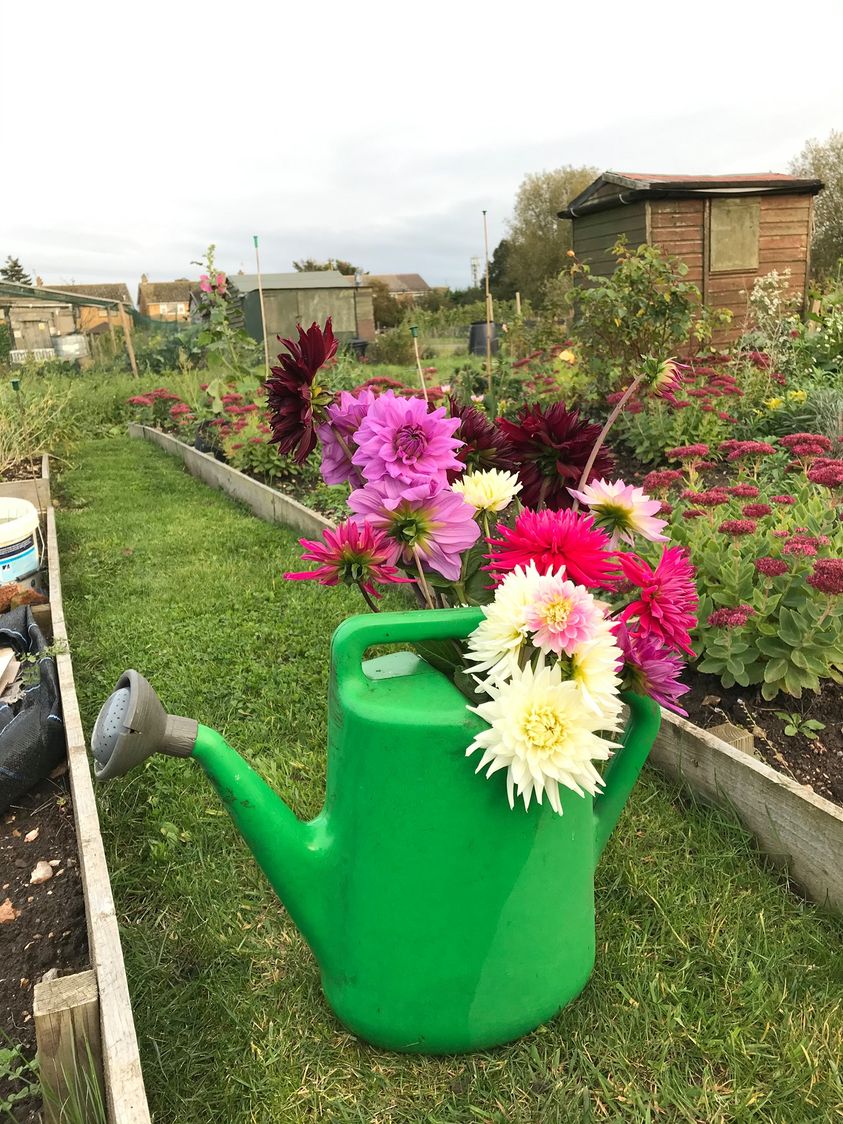 Having previously moved to recruit a tourism, business and community development manager, the council formally voted to withdraw the position due to the current financial situation. This motion was also passed and the role was withdrawn. 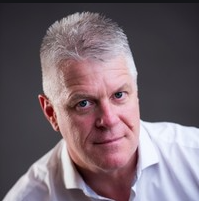 We now move to the mayoral election – the councillors voted via text message to the Council officers in a secret ballot. Putting themself forward for nomination were Cllr Marcus Harris and Cllr Keates-Rohan.

After some delay over the text voting system, with some votes being declared verbally, Marcus was elected as Mayor to take up the role for the 2021/22 year.

Ian and Rich speaking with Marcus following his election

The Breakfast show is a light-hearted entertainment progamme, not a news programme.

The Council’s RFO (Responsible Finance Officer) spoke regarding an update to the council’s financial situation. Unallocated general reserves stand at £77,889.25. She highlighted the need for circumspect future spending decisions. Cllr (Mayor-elect) Harris stated that given the current situation, the council would potentially run out of reserves within a year.

The resignation of the Town Clerk was discussed next, with the council looking to begin recruitment of a new Clerk. The personnel committee has updated the job description to suit the current situation, and the position is currently advertised. Cllr Cattermole questioned the location or means of the advertising, suggesting a wider posting than some previous job postings, which was confirmed by Cllr Harris. Paula was thanked for her service over the last years.

The council discussed opening the Kinecroft for the May fair. The fair has requested the event go ahead, with questions being asked over the implementation of COVID regulations and provisions. The fair has provided a video of a quiet fair, although doubts were raised how cleanliness could be maintained in the face of large audiences. Cllr Dolton stated the fair does appear to have great risk assessments, although they cannot control the attending public. Cllr Beauchamp also spoke regarding a concern to large audiences, especially given access to the Kinecroft cannot be restricted. (This is as it is public land, with public footpaths passing through.)

Cllr Sinkinson suggested that entertainment for teenagers would be welcome, especially in the light of mental health concerns resulting from the pandemic, while Cllr Holford stated the COVID restriction timeline, querying the reasonability. Cllr Beatty suggested that the public should be left to their own devices, while Cllr Harris spoke in favour of the fair owners, however stated his conflicting feelings on the matter. Cllr Lester suggested that hosting the fair would be irresponsible, suggesting that as it would be one of the first events people from surrounding villages etc would travel in. Cllr Wider opined that as the fair would be allowed under the restrictions, and that it would be of benefit to the residents, before suggesting the possible input of the police on the matter. Cllr Dolton expressed his experience re Bunkfest planning, including that a Kinecroft event cannot be ticketed or access restricted. Cllr Beatty stated again that people should be free to make their own decisions. 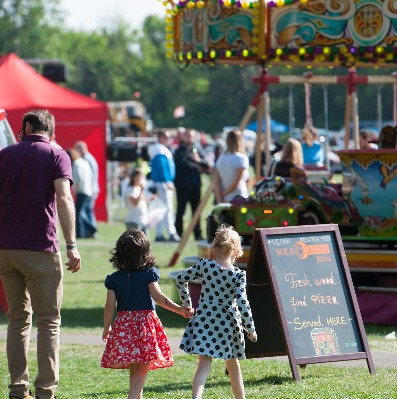 The arguments carried on in that vein, with Cllr Rob moving to a vote on the motion, which was carried, leaving the Fair to comply with national restrictions but to go ahead with regards to the council. The council was keen to stress that rules should be monitored and followed closely.

The Cholsey and Wallingford Railway Society lease was up next, with Cllr Holford providing an update. The coffee ‘pod’ will be moved to railway land, but will remain. The railway had previosuly requested a 25 year extension to the lease, currently set to expire in 2034. The new proposal would be an 85 year lease extension, to bring it in alignment with the Lidl lease. This would grant the railway a lease extension until 2119. It was also suggested that the new lease would include the existing index-linked rent increases incorporated from the current lease. It was further clarified that the railway would pay for the legal costs associated with extending the lease. There were some questions over the index provisions, as well as possible future rent increases. It was also suggested that a break clause be inserted in case of future requirements changing. Cllr Beatty moved that a 99 year lease may stymie possible moves to open up the commuter line in the near future. Cllr Sinkinson also suggested the commuter line would be of benefit, and questioned if the lease extension may affect that. The motion was taken to vote, with the lease being extended to 25 years from 2034, with a break clause with the railway returning to council possession in regards of a commuter line becoming viable.

With regards to a rent increase, Cllr Beatty suggested a rent increase may not be financially viable to the railway. The current rent is in the region of £2000/year, which Cllr Wilder wanted to confirm wouldn’t get out of control. It was suggested a full rent review at the original break point of 2034 would be sensible, in addition to the 25 year lease extension, which was carried by vote. 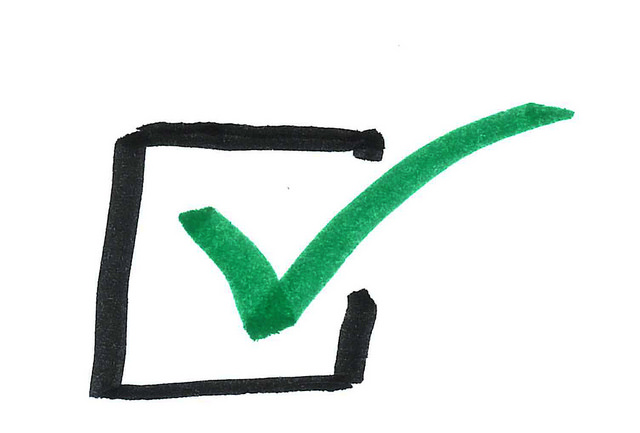 Now at 20:34, Cllr Rob moved the meeting on to an update from the communictions working party. Cllr Dan presented his insights in to the history of the council’s communications with the wider public, and the effectiveness of those efforts. He stated that most of the ideas have come from outside the council, and presented during his outreach efforts.

Strategies to improve future communications are being worked on, including in the short term holding a public forum for those who may be interested in joining the council in May. He stated that the group’s desire to improve the number and quality of applicants to Council positions.

Cllr Newcombe asked for a future communications strategy outside of social media, concerned that reliance on it may limit exposure. It was confirmed that this was in process.

For openness, Wallingford Radio did take part in one of the working group meetings.

There was a wider discussion about the general communications issues with the council, discussing the methods of moving forwards. It was accepted that the comms working party was in it’s early stages, and it is hoped that the group will show results over time.

Cllr Rob finally covered future agenda items, before moving the meeting to confidential matters. The public meeting wrapped up at 20:49.

The above is a report on the Council Meeting, based on our being present. It is not intended as official minutes, which will be produced by the council at some point.

Any mistakes or errors are my own, and I will correct them on request.

We will continue to cover local council meetings, and all other local news where possible.

A spoken word version of this story will hopefully be available via WDTN in short order, and will be appended to this story. 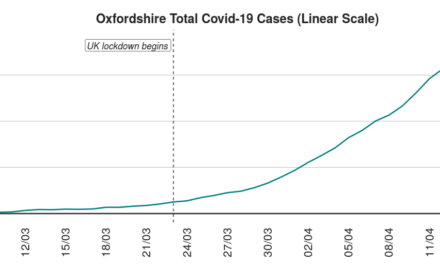 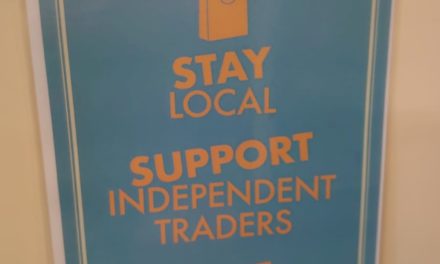 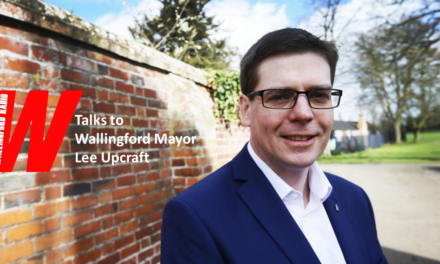 A message from Mayor Lee