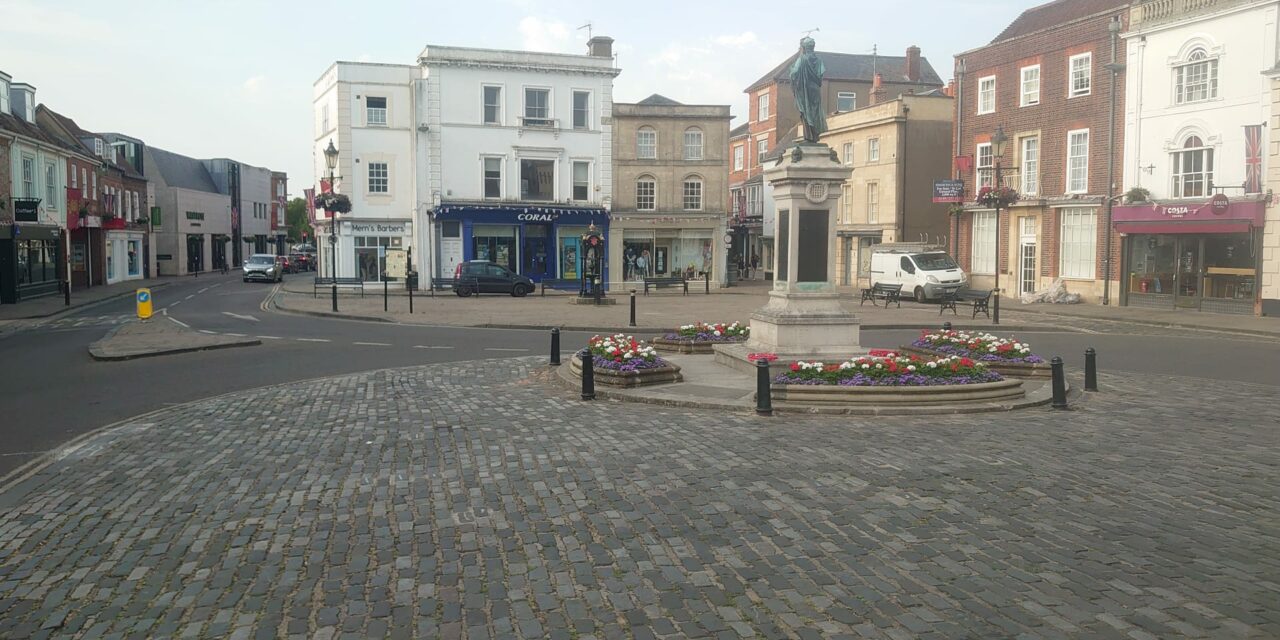 On the hottest day of the year so far, having passed through a deserted town square – many people have taken the advice to stay home if possible – we once again make our way to the town hall for a council meeting. Present were 14 councillors and officers, 8 members of the public, three fans and one air conditioning unit. After much discussion of the temperature, Mayor Marcus kicked off proceedings at 19:01.

Calling the meeting to order and passing through the first formal sections of the agenda, including a letter of thanks from Wigod Way, we moved on to the first part proper – public participation.

Three members of the public choose to speak, but to do so before the relevant agenda items.

We skipped through the District counillors reports, none having been submitted, and arrived at the Chestnut Tree at the Coach and Horses, with a member of the public taking their turn to speak. 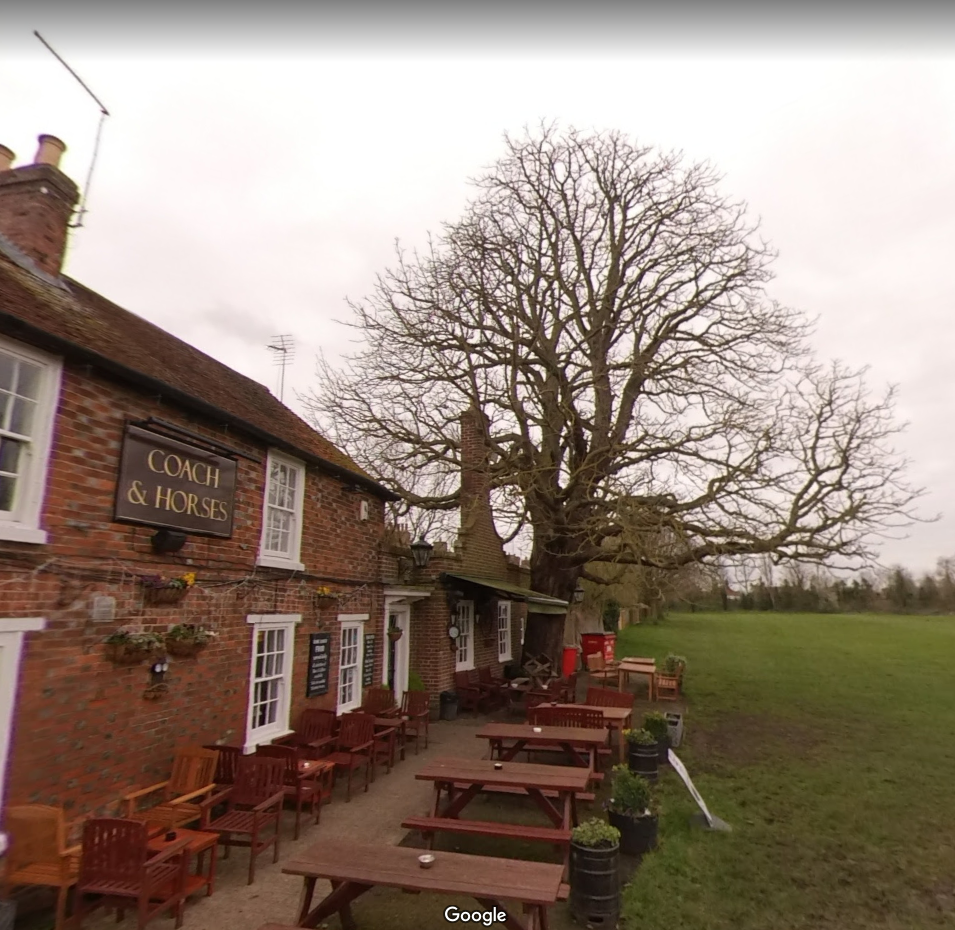 A local resdent (name withheld by request) spoke to extend her thanks to Cllr Holder, and suggested that a structural survery would be the best course of action moving forward. John, having written in, thanked the council for undertaking a report in to the tree in question. The tree having being there 120-130 years, it was suggested that the tree hadn’t been adequately taken care of in recent times. He was disappointed to hear the expert opinion that the tree should be felled, and suggested actions which may assist the tree moving forward, in lieu of felling.

Cllr Chirstian spoke regarding a topping process, while Cllr Hughes suggested that the structural survey should be sought in order to provide clarity on the options available. Cllr Keates-Rohan stated that English Heritage would allow a replacement tree to be planted.

The members of the public decided to turn off one of the fans at this point, as we could not hear proceedings.

There followed a wide-ranging discussion regarding the potential courses of action, including mulching, trimming, replacement, and more. Cllr Holder outlined that the removal of the tarmac, breaking up of the root system and more had been recommended. Fullers, who own the freehold on the pub, would have to be consulted prior to a structural survey – their own internal report being that the tree was damaging the pub. It was covered that assisting the tree may further damage the pub.

Cllr Harris suggested that Cllr Hughes’ suggestion of gaining a structural report in order to see if there was a chance of saving the tree as well as the building had merit. This motion was voted on and carried. 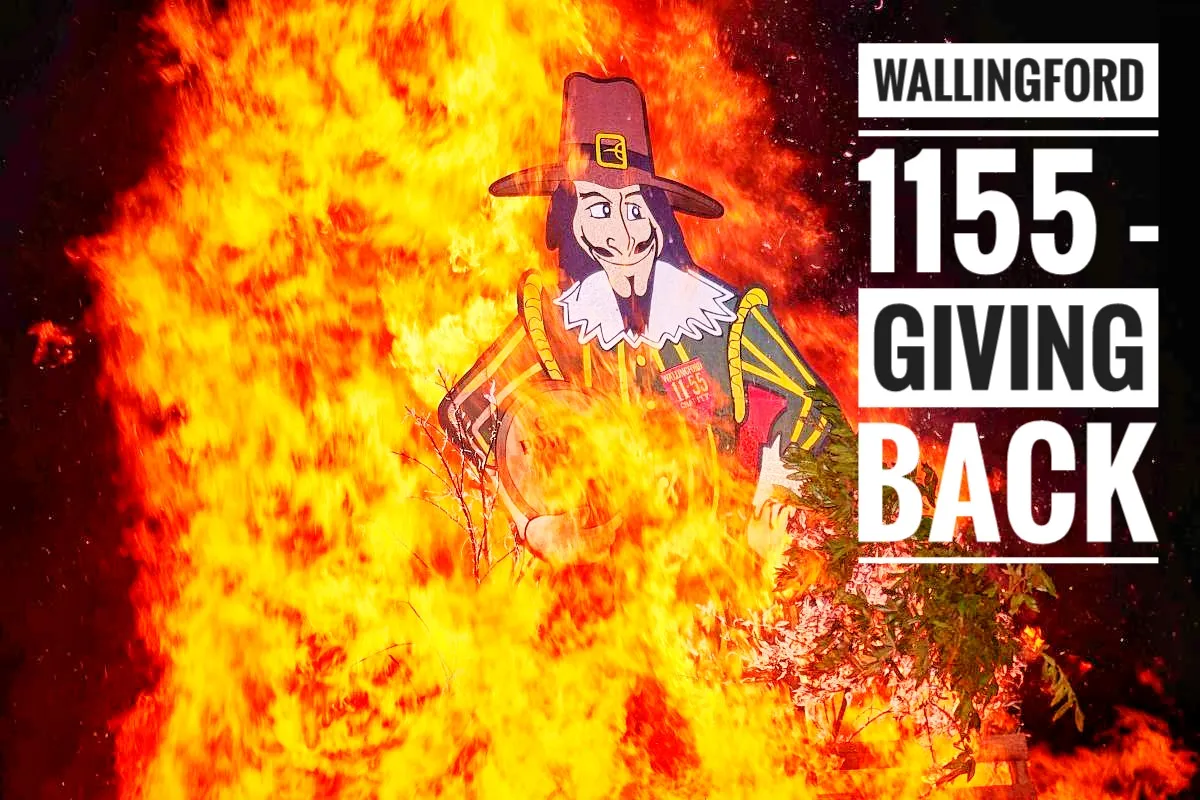 Mayor Marcus then moved ahead to Item 16 – the fireworks proposal – and invited the two members of the public to speak. First up to speak was John, who spoke in support of the events around the town, as well as then speaking in support of the fireworks specifically. He stated enough notice was given, and he did appreciate the inconvenience to others, however given the improptu fireworks let off in private spaces, he felt it would be a shame to lose the structured fireworks.

Following him was Mark Brett, the organiser of the fireworks, who offered to answer any questions the councillors may have. He offered that ‘silent’ fireworks are not silent, but low noise. He answered a question regarding the number of attendees – 9000 – as well as a question regarding possibly moving the fireworks to another location if required. The sports center and the castle gardens were floated as possible alternatives.

Answering a question regarding low noise fireworks on the kinecroft, as well as a possible drone display, these were explained as not feasible. Regarding funding, £25,000 was raised for local causes from the fireworks. Cllr Cattermole brought up the cancelled flotilla, before offering some land for the fireworks if required. Further questions were raised regarding the disbursement of funds, with upto 20 organisations benefitting or assisting in the running of the event, which also makes use of 100 volunteers. Mark also outlined the measures taken to protect the bonfire from hedgehogs, as well as the event’s wider impact on the community and surroundings. Cllr Keates-Rohan offered if it was possible to just use fewer of the super-loud fireworks, which Mark agreed with, noting that they had removed prior ‘warning’ fireworks, as they extended the length of agitation for local animals.

Having released Mark, Cllr Marcus opined that if 9000 people did their own private displays that would be even more disruptive than a well-run event. Cllr Beatty ran off a list of reasons in support, as did Cllr Claire. It was widely decided that backgarden fireworks were of more concern, and that a well-run event reduced the overal level of issues.

When asked, no councillor offered a view to carry the motion, and so the motion was universally voted down. Marcus then led a round of applause for Mark Brett and 1155.

Returning to the main part of the schedule, we moved to item 11 – the river bank. Cllr Whelan spoke regarding the riverbank betweeen the thames path and the moorings. It was suggested the town council apply for ownership, meaning it could take control of the trimming of the willow trees at that point of the river.

Cllr Lester provided a map showing that SODC owns a stretch of river, along with some private ownership. It was suggested that a plaque stating Wallingford BC – Borough Council – may be visible along the stretch of towpath in question. It is now suggested that OCC has adopted the river bank and may have assumed owenership.

It was agreed to investigate the current owner of that stretch of river. 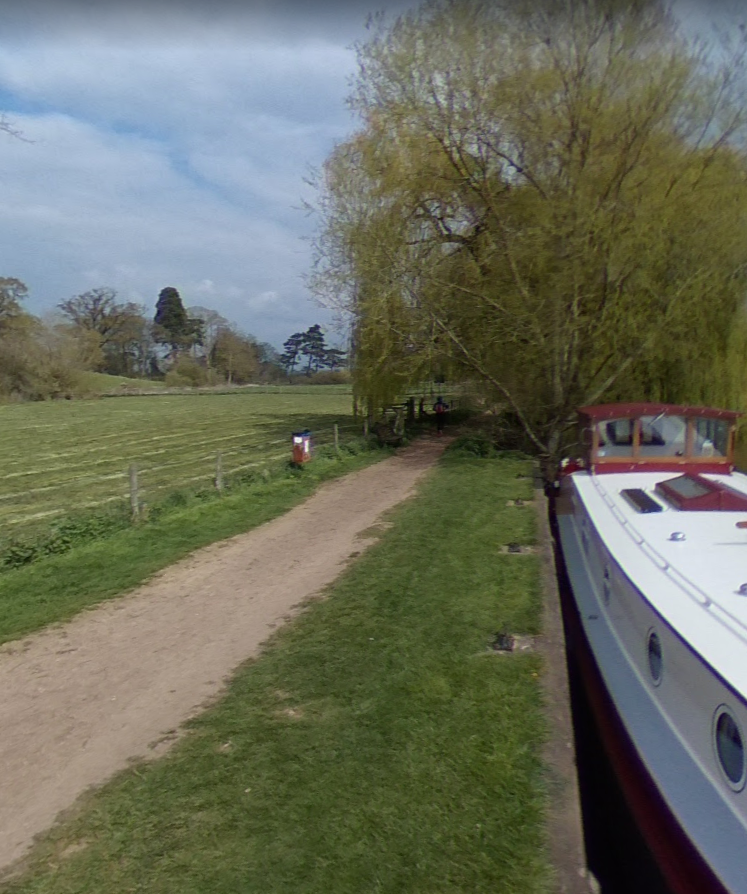 Following this we moved on to a new mower! Cllr Holder had some options regarding flail mowers, which are to needed to help with the low-mow areas. Having researched it and finding two options available, the motion was moved to hire a mower to test the options, the hire price being around £250 a day. There was some discussion of the current low-mow areas. The motion to hire the mower until the long-term need and future of the low-mow areas was decided was passed.

Item 13 – additional charges for additional staff at the town hall (£15 / hour / person)  – was passed without comment.

Band concerts in the castle gardens were next, with Cllr Gibbon reporting having a lack of brass bands booked for this summer. It was recently discussed that perhaps some acoustic music may be possible, with one act in August and one in September. The budget for the acts being £275 in total, and one band taking £200 for the August performance, there may be a requirement for more funding in order to secure local music. The request from Cllr Gibbon was for £500 to increase the budget for the performances.

Cllr Lester questioned the figures, which were confirmed as correct. Cllr Cattermole suggested a more open-mic style event, opening it to local residents. Cllr Keates-Rohan questioned the need for £500 for the second act, this explained as the acts being of different qualities. It was moved to award the money, with this being passed.

A brief update from the Oxfordshire Play Association was received and accepted.

Carrying on in the heat, it was time to move on to a report from the Tourism committee. It was reported that Cllr Cattermole has undertaken to take on the flotilla as a private event, which was accepted in committee. The full council accepted this motion. Some minutes were adopted without further question.

Item 19 now reached – the vacancy on the planning and finance committees. No councillor stepped forward to fill these roles. This was carried forward to the next meeting. 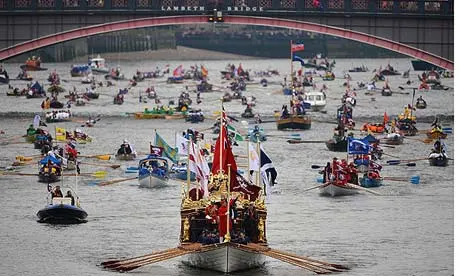 Cllr Cattermole spoke regarding the postponed flotilla event. The report from officers in to the event cancellation was condemned by the Cllr. He opined that there was a level of bureaucratic ineptitude.

It was questioned if criticism of the officers was a matter for public or for confidential agendas.

Cllr Cattermole continued before being interrupted repeatedly. He gave his points regarding the river and the event, outlining that the event was entirely possible to continue, had it been run correctly. (this has been paraphrased due to the quick fire nature of the discourse).

He further suggested the fireworks would have been absolutely fine, having been run by a national fireworks company of great repute.

Cllr Dan noted there were a number of rules and methods in which to report issues with council staff. He also opined that this matter had been visited a number of times in the past, as well as the council having just voted to not take control of the event in the future. Cllr Hughes agreed.

Cllr Lester spoke to defend the safety rules in place, as well as the lack of provision in place for the event prior to it’s cancellation. She stated that it was understood to not be safe to proceed. She had also spoken to Karl regarding the fireworks, as well as speaking regarding the cygnets on the river. Cllr Keates Rohan spoke to thank the officers and also in support of Cllr Dan.

Cllr Whelan felt ‘thrown to the wolves’ by the council staff, and explained her position as well as her actions in the lead up and after the cancellation. Mayor Marcus thanked everyone involved with the Jubilee celebrations, and appluaded Cllr Cattermole for taking on the flotilla event. He did also speak to defend against the officers.

Cllr Cattermole finished this section by again questioning some of the ‘required’ safety regulations which had been ‘rigorously’ adhered to. He opined that with the cancellation of many events that the citizens of Wallingford had been poorly served over the Jubilee weekend. Cllr Dan opined again to move on, defending Cllrs and staff in general before submitting a motion to move on. With the heat building, future agenda items were listed and then accepted, with two concillors adding additional items.

At that point we were asked to leave, allowing the council to move on to a confidential matter.

This article is not intended to be used as minutes, and is a subjective piece based on our attendance at the council meeting. We do however strive for balanced, fair and accurate reporting in all cases.

In leaving the meeting room, WR did pass comment that public participation would be increased were the public able to hear proceedings more clearly, especially given the fans. This was accpeted with agreement and a laugh. 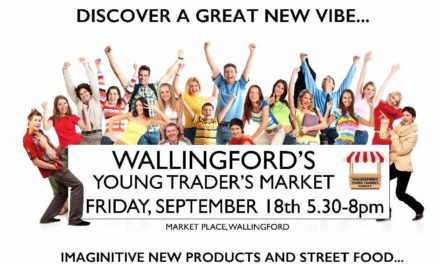 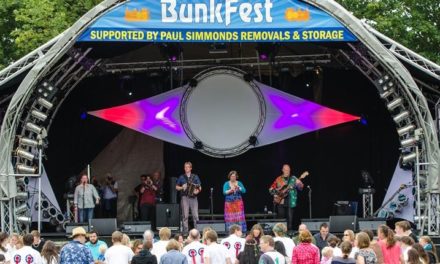 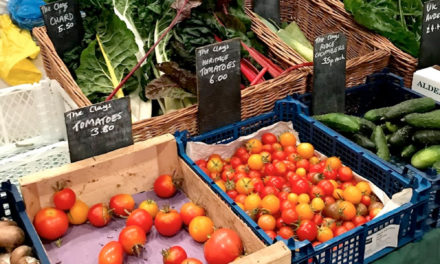 Wallingford Market the latest to be impacted